Take a look at this article to see how SEA LIFE Great Yarmouth are support the Flying Rings Campaign.

Janet Quinton, who manages the Blue Flag NNDC beaches, invited us to tour with her as part of their ‘Safer Seals’ campaign. We visited Sheringham, Cromer, Sea Palling and Mundesley on Wednesdays during August.

The stand attracted many visitors with our life-size grey seal sculpture ‘Sealy’ on display and ‘freebie’ toy seals (made of recycled plastic) and solid bamboo frisbees, safe for seals and biodegradable, supplied by the council. Donations were collected for RSPCA East Winch and NNDC will be presenting a cheque for £488.27 to the hospital to thank them for the amazing work they do healing and rehabilitating the ‘necklaced’ seals, and caring for other seals and wild animals.

Caroline, Angela, Nikki and Richard (Seal Wardens) also David, Sally and Albert (Trustees), all came to lend their support and speak to members of the public at the stand.

“I met up with the Friends of Horsey Seals to support their vital appeal […]. The volunteers there do quite an incredible job […] but it has been unbelievably worrying just how ignorant people can be. The rescue team continue to implore people not to use flying rings on the beach. I’m holding some biodegradable bamboo frisbees. Not only will they not injure a seal but they also degrade naturally. Do buy these instead!”

Great Yarmouth and Kings Lynn Borough Councils have agreed for our signs to be displayed at their beaches in Great Yarmouth, Gorleston, and Heacham and in car parks in Hunstanton. Thank you so much to Councillors Paul Wells, Barbara Wright, Terry Parish and Carol Bower also Resort Manager David Morton, for their concern, time and effort to achieve this. 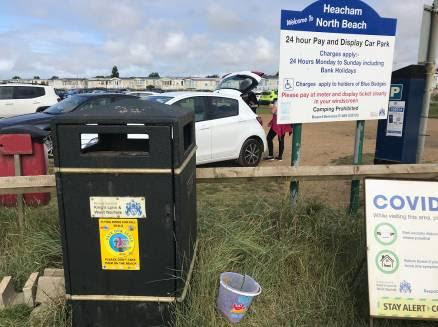 You may remember that in August, we reported on the amazing project that the schoolchildren at Sidestrand Hall School had completed, bringing to light the effect of plastic pollution including the dangers posed by flying rings. See the article here. We were recently told that they have now entered this project into a competition. We wish Nikki (who works there and is also an FoHS Seal Warden), all the staff and the schoolchildren of Sidestrand Hall School the very best of luck!

Sadly the rescue team have reported 2 further seals spotted at Horsey with plastic flying rings around their necks. People are continuing to take them to the beach and whilst those we spoke to on the ‘Sealy’ tour said they wouldn’t use them now they know about the seals getting injured, the message needs to be promoted nationally as thousands of visitors are coming from inland towns and counties and don’t know about the danger they pose to seals.

HUGE APPRECIATION to all the wardens and trustees who supported the beach tour and who have been out and about distributing leaflets, posters and asking shops to consider not selling flying rings.

THANKS also to the RSPCA, BDMLR, Dan Goldsmith, Sea-Changers and FoHS Trustees working behind the scenes to safeguard seals through this campaign.

You can support the campaign by forwarding a link to our website and this campaign update to all your family, friends and contacts. Also by ‘liking’ and sharing our social media campaign stories. 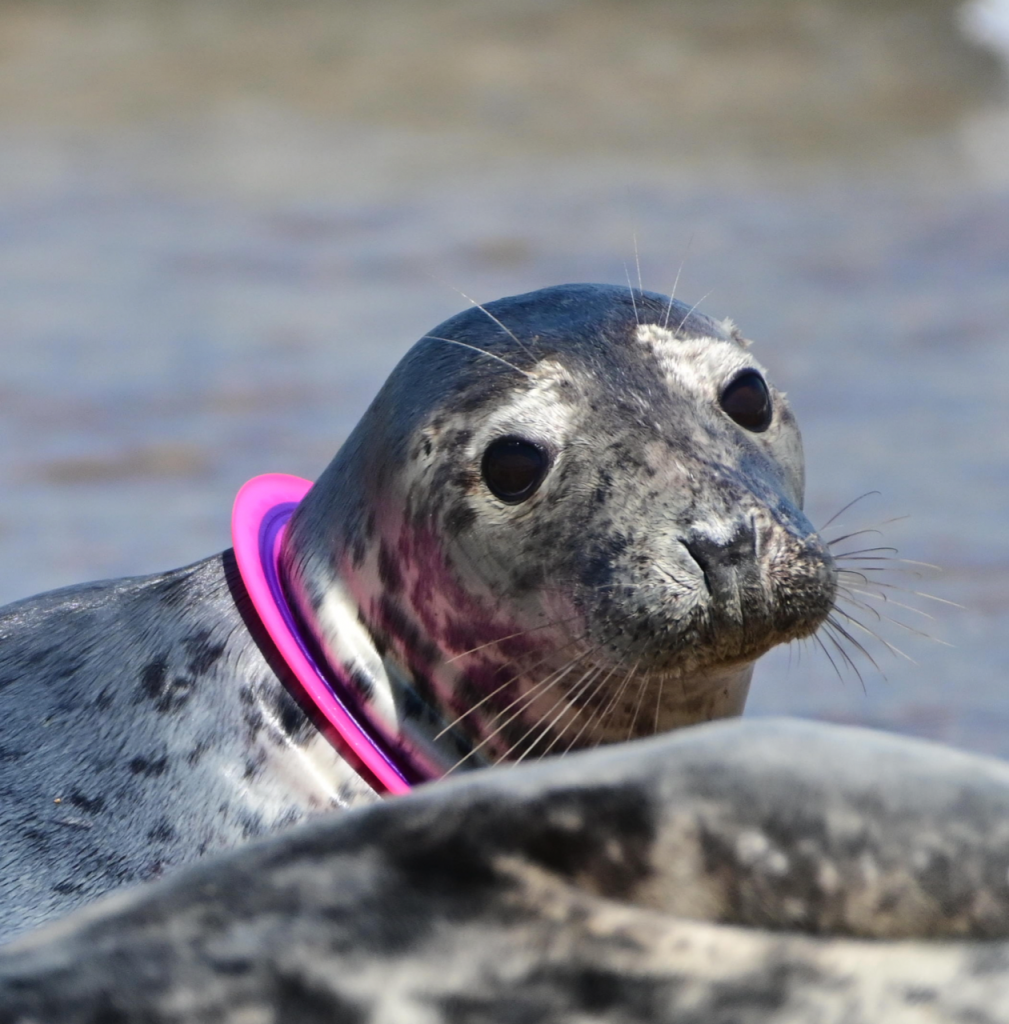