Friends of Horsey Seals send special congratulations to pupils from Sidestrand Hall School near Cromer for their amazing project.

Over the past term, pupils from Pine class have devoted their science lessons to studying plastic pollution and its effects on marine life including seals. They were motivated after seeing news reports with distressing pictures of young seals with flying rings stuck around their necks.

The children focused on single-use plastics and the effect it has on wildlife, the food chain and even humans. They created a design sheet with a poem (which you can find on our Kidz’N’Pupz page) but also added their ideas for creating a seal sculpture made from bottle tops. They worked really hard and collected 2,180 bottle tops enabling them to turn their ambitious project into reality and the result, as you can see, is truly amazing.

The pupils also wrote persuasive letters aimed at local businesses which continue to sell flying rings as toys for children and dogs. The youngsters pointed out the possible dangers that ring frisbees pose to wildlife hoping that retail outlets will stop selling them. Pupil comments included: ‘Please dispose of your plastic waste safely.’ ‘The sea is not a bin – it’s home to many sea creatures.’ ‘Don’t dump your plastic waste in the sea.’ ‘If we don’t stop throwing plastic into the oceans our seals will become extinct.’ 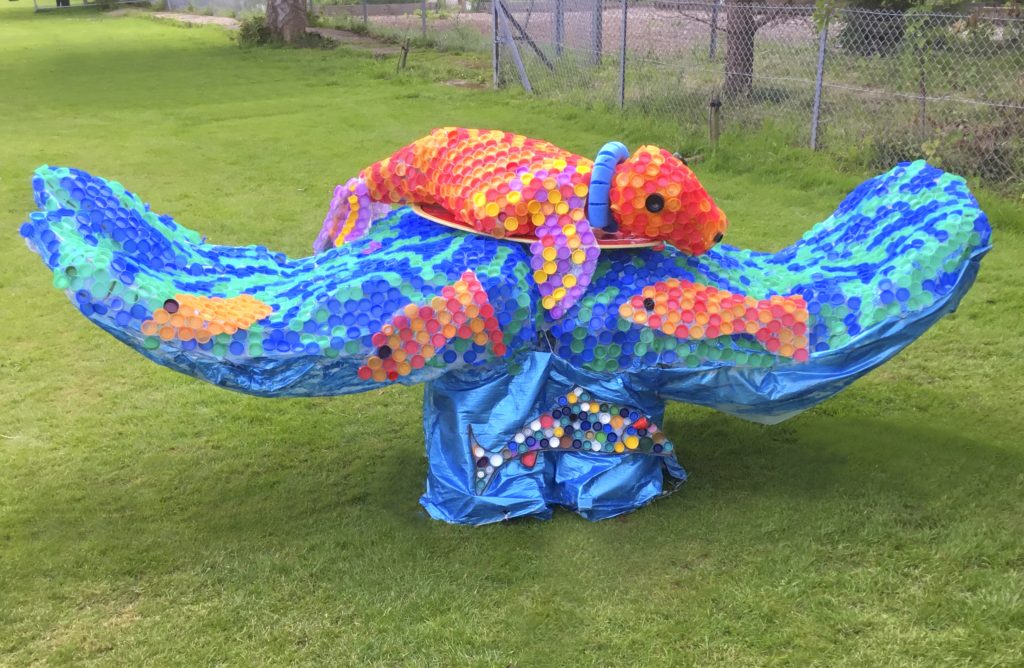