Hannah, one of our eagle-eyed wardens, spotted a seal on Horsey Beach with a yellow tag on its tail amongst a group of moulting seals.

She went online and discovered the tag was from the Seehundstation Seal Centre in Friedrichskoog in Germany. After contacting them it turns out the grey seal, called Boje (which means buoy in German) was found severely undernourished on the island of Pellworm off the north German coast on 3rd February this year. Although weaned and between 5 to 7 weeks old, he only weighed 14.1 kilos when he should have weighed nearer 45 kilos. Seal centre staff saved him by feeding him up until he had gained enough weight to be safely released back to the sea on 3rd March.

So remarkably, this seal had swum from northern Germany to Horsey beach in Norfolk, a distance of more than 450 miles in just over 6 weeks. 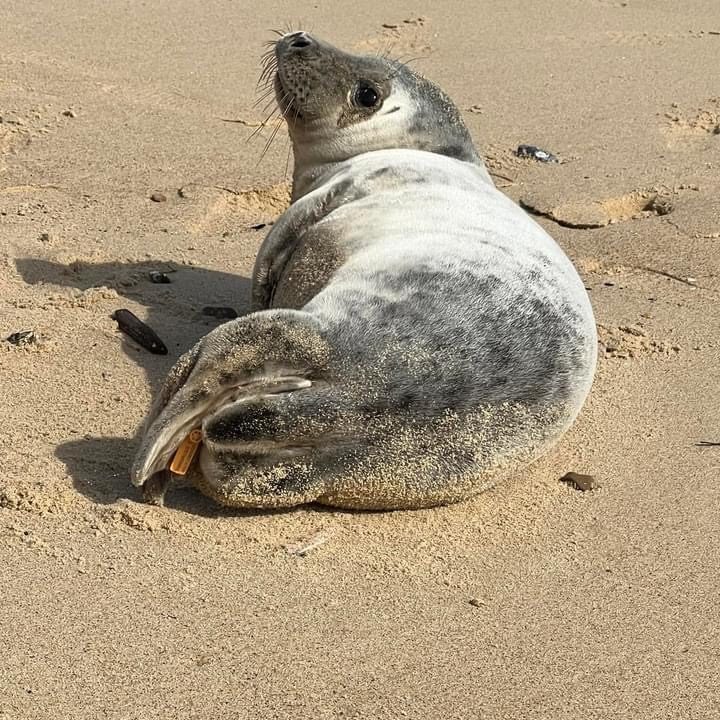