A seal with a large amount of netting around its neck gave various rescuers from different organisations the slip. It was first reported at 1pm in Bacton, but when rescuers got there it was already back in the sea. It was tracked to Mundesley Trimmingham and then reported to be in Eccles. By evening as the light was fading, two of our FoHS Rescuers set out and managed to find the elusive seal.

Using a specially designed net they managed to capture the seal and despite it being very feisty, they were able to cut the rope netting and fishing line off by the light of their torches. It was a tricky job as there were 4 or 5 loops around its neck! It had a small 1 cm deep cut on one part of its neck which was not infected and luckily, the rest of its neck was unaffected so it was released back into the sea. By that time it was pitch black, so our rescuers had something of a challenge to find their way off the beach in the dark.

A joint effort and a job well done. 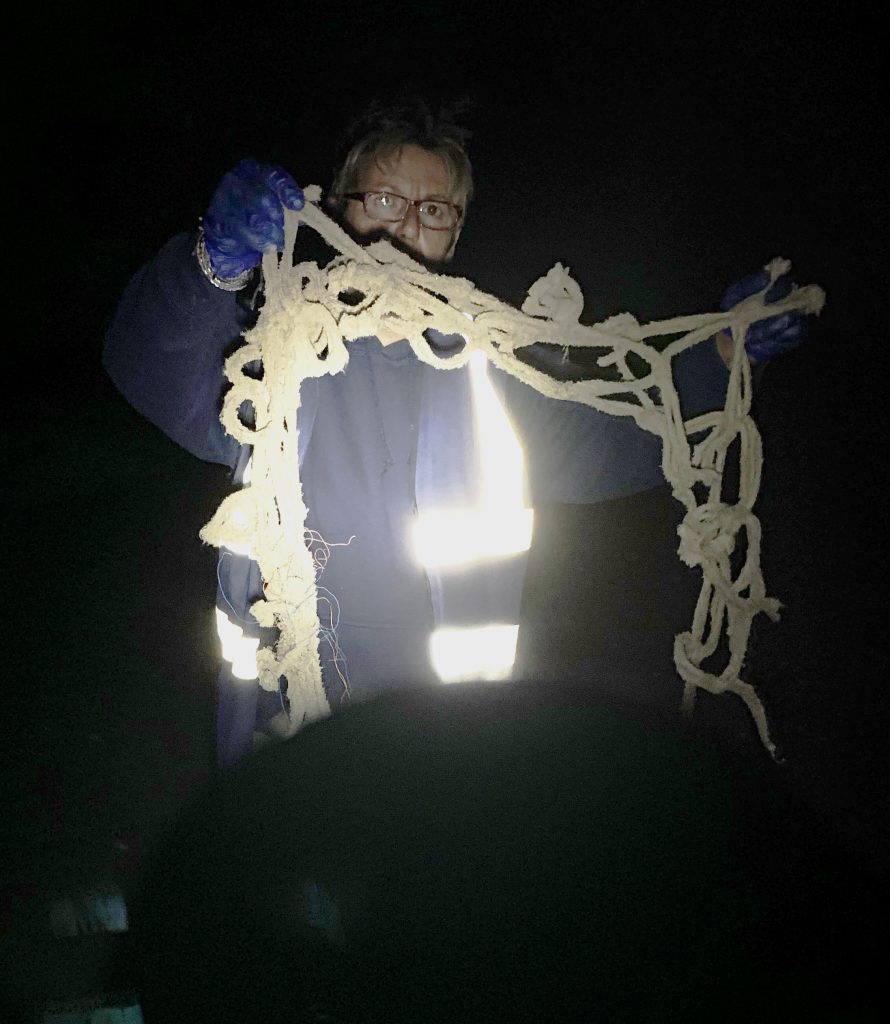