Pups getting trapped between rocks seems to be an increasingly common problem this year and several people reported a pup stuck in the rocks at Sea Palling.

This time there was a multi-agency response. Sally from our FoHS rescue team and her friend Mark joined forces with Dan from MIR and Craig from BDLMR who all turned out to try and save the unfortunate seal.

After some difficulty positioning the pup into a net, they successfully plucked the little one from the narrow space between some large boulders where it had become well and truly stuck. It was then released onto the beach. The whole episode highlighted the need for better equipment to improve the safety of members of our Rescue team.

We are now fundraising for seven pairs of ‘Rabies Gloves’ which are virtually bite-proof plus two poles with loops that can be tightened around a seal to temporarily capture it with the least amount of trauma.

If you can help with a donation towards these items, you can do it online via the Donate section of this website. 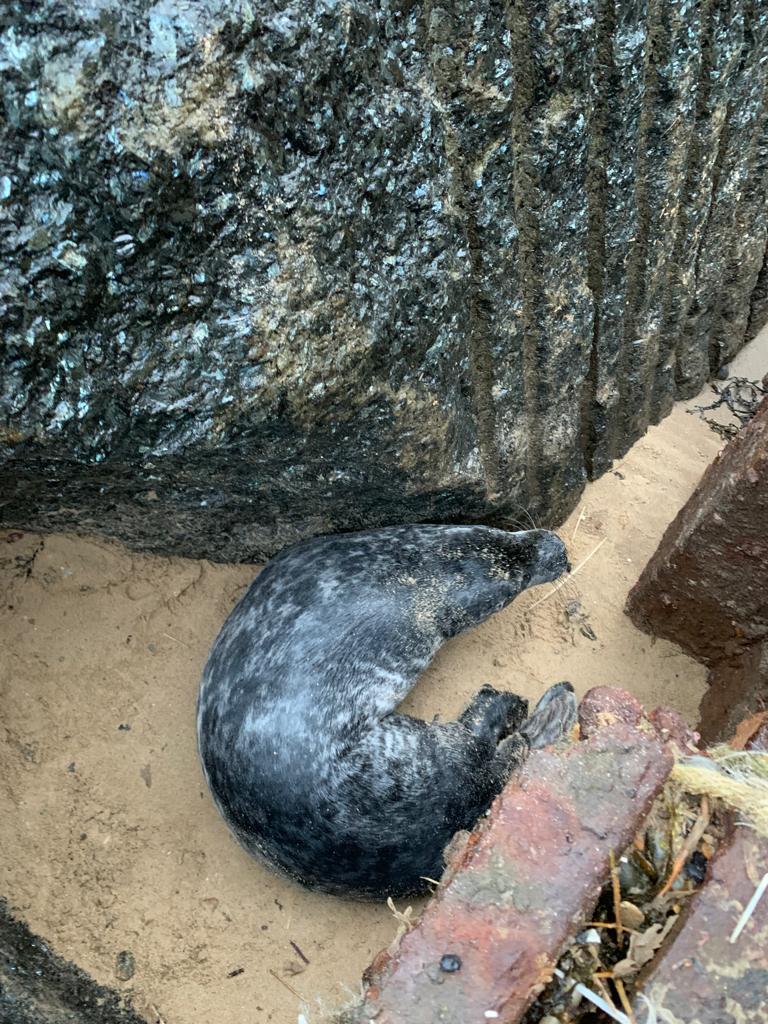