7 August 2021 – Members of Friends of Horsey Seals rescue team were contacted by a member of the public about a seal with a lot of green netting stuck around its neck on Horsey beach.  After identifying the affected seal, they were able to capture it using a specialised net designed for the job.

It is always a risky operation to single out a seal in difficulties from a group of others and catch it safely.   Members of our rescue team are trained by the RSPCA to carry out this procedure with minimum trauma to the seal.  It is a specialist skill that should never be attempted by anyone who does not have the training or right equipment.

Happily, once the seal was constrained, they were able to cut the net off and decided that since its injuries were minor, to release it again. 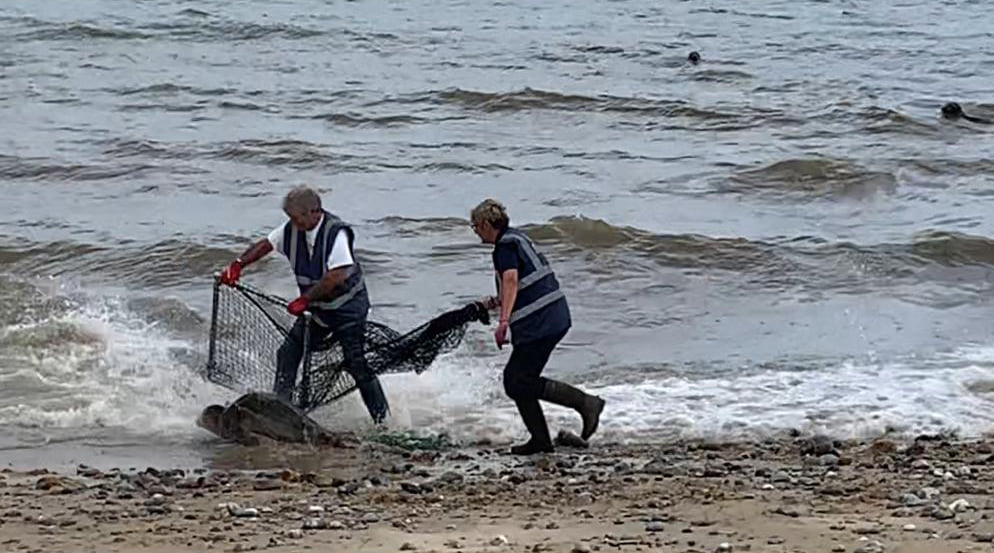