Two jet skiers, who rode at speed along the Horsey shoreline scaring more than 200 seals into the sea, have been reported to the police. The seals were resting on land to moult their old coats, a six-week process. The loud engine noise spooked them sufficiently to cause a large group to stampede into the sea together. Twenty minutes later the same jet skiers returned, heading north and rode close to the group of seals still swimming in the water. Shocked onlookers reported the incident to Friends of Horsey Seals.  Peter Ansell, FoHS chairman said “It is common sense that jet skiers should never ride near any beach, not only to protect wildlife but also swimmers, especially children. Harassing seals in this way was a dangerous and unacceptable thing to do”. 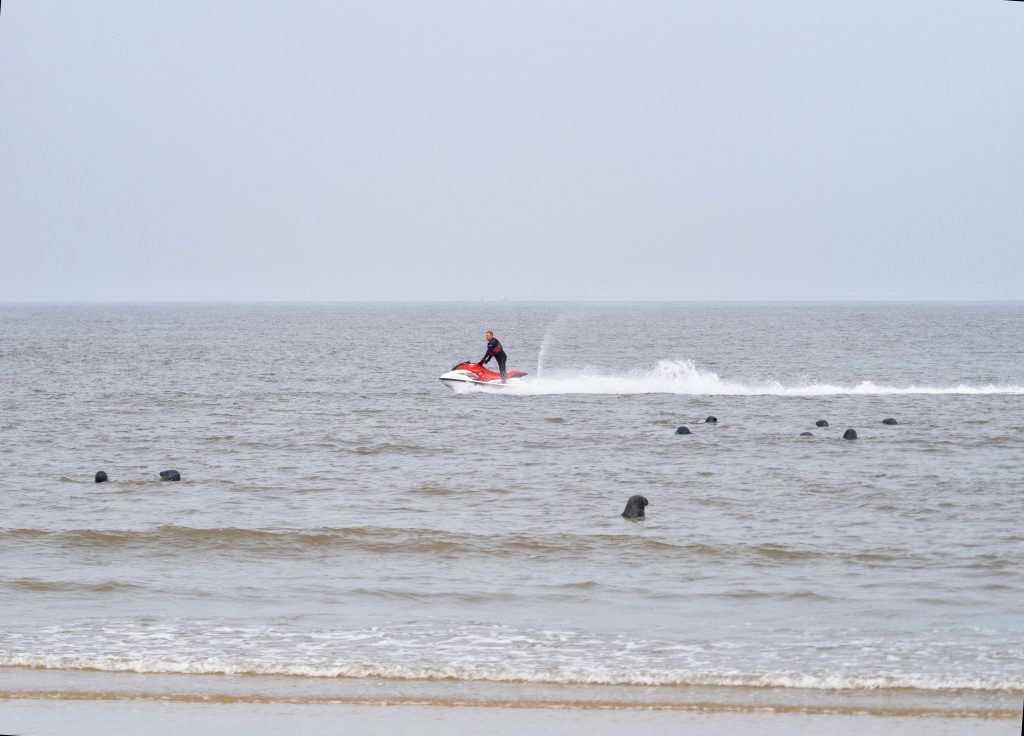