After several sightings on Horsey beach over the past few weeks, members of the Friends of Horsey Seals rescue team finally managed to catch a seal with piece of netting cutting into its neck. The net had been there for so long that it had become embedded, and the wound had become infected. It was a challenging rescue because it was among a group of other seals.

Fortunately, the seal had become weakened and less agile allowing our team to eventually net it and then pick it up in one of our specially designed seal stretchers. Because of the extent of its injury, they took it to the RSPCA East Winch Wildlife Centre, where a vet removed the net. It is thought the seal will need some time to recover. Hopefully after a period of treatment and expert care it is hoped that it can be released again. Friends of Horsey Seals have identified at least 10 other seals in a similar situation entangled with ropes, nets, plastic rings or other materials. The Rescue Team is on standby to try and rescue them as safely and as soon as they can. 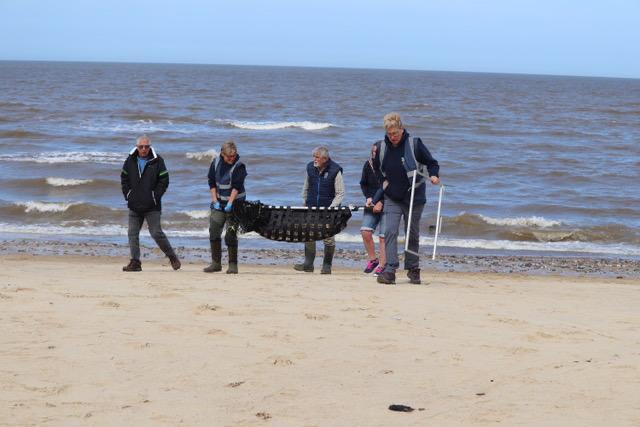