Friends of Horsey Seal’s Rescue Team is having to expand. The Charity is responding to an increasing number of sick or injured seals across a wider area.  Two newly recruited wardens are currently being trained to become rescuers by experienced members of the team Billy Le Compte and Sally Butler.

Andrew Bluss and Russ Akehurst, who are both retired police officers, made their first successful seal capture of an adult seal on Horsey beach.

It needed help because it had a length of orange netting stuck around its neck. Often such entanglements cause deep infected wounds but happily as you can see from this video, because this seal was found before the net had time to cut into its flesh, it was uninjured.  The net was cut off and it was able to be set free.

Rescuing seals takes strength, skill and courage and is not for the faint-hearted.  Russ and Andrew’s training will continue and include instruction on how to cause minimal trauma to the animal during capture from experts at the RSPCA East Winch Wildlife Centre. 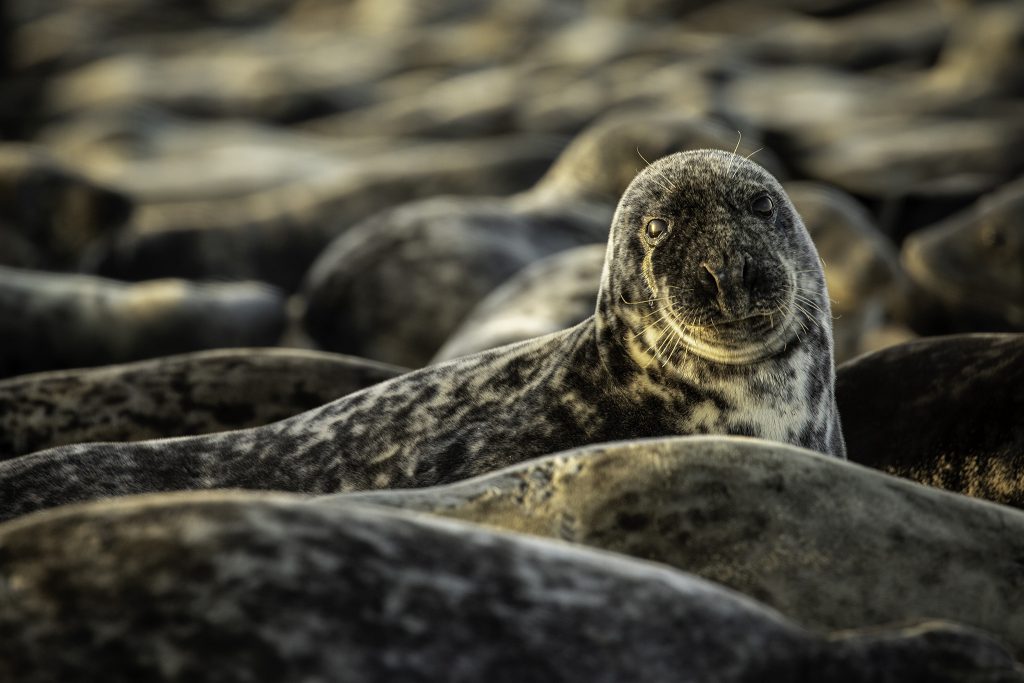