Following a report about a young seal with a badly bleeding neck wound on the beach at Waxham recently, Friends of Horsey Seals Rescue team mobilised. Using their specialist net and stretcher they managed to catch the seal and on closer inspection, it could be clearly seen that a nylon cord was embedded deeply into her neck.

Rather than cut the orange nylon cord off themselves the rescuers decided that she needed serious medical attention. They immediately transported her to the RSPCA Wildlife Hospital at East Winch, near Kings Lynn, where a vet was able to cut off the nylon string which had caused a nasty wound.

She is in the right place now, where the dedicated staff, who have nicknamed her ‘Kingsmill’ have been administering painkillers and antibiotics. Hopefully, she will recover well and in a few months, will be returned to where she belongs. 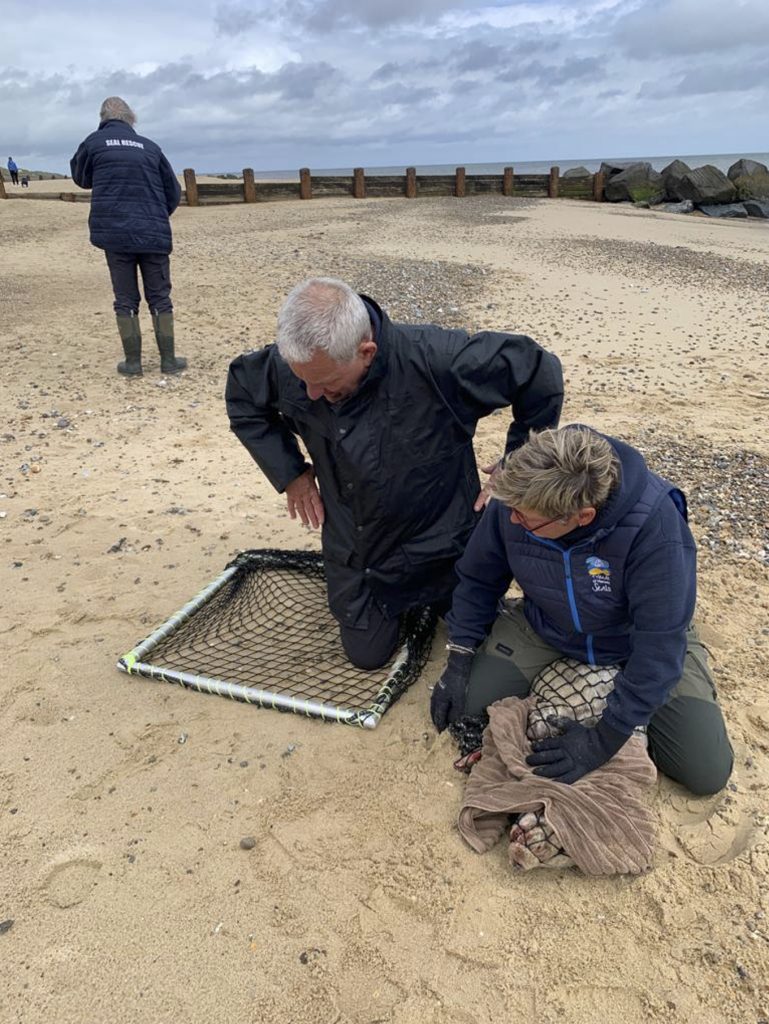